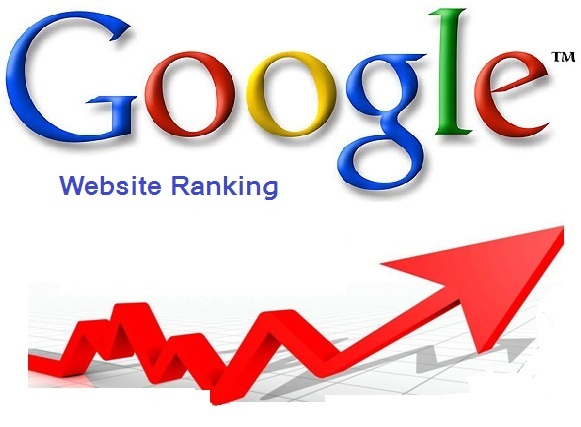 In case you don’t know, the stats are quite eye-popping. For one, they absolutely dominate US search market share: Google is used for 79.88% of desktop search results in the USA.

That’s how strong of a position Google is in. And it’s even more powerful in mobile:

What you need to know about Google search results

Google is constantly tinkering with its algorithm to deliver better search results as people change their habits, and as technology changes.

If you want to get a sense of how complicated it is, take a look at this list of known Google ranking factors.

If you’re freaked out by that triple-digit number, don’t be. This post is going to help you figure out which factors are being considered increasingly important in 2017, so you you know what to focus on for the rest of the year.

This technically came out back in November of 2016, but it’s important enough that it bears repeating.

In the old days, before every young whippersnapper on the bus was on a smartphone, Google used a desktop web page as the basis for its ranking. Beginning in November, that changed.

According to Google’s Webmaster blog, “our algorithms will eventually primarily use the mobile version of a site’s content to rank pages from that site.”

While this may seem like a minor announcement to lay people, for some site owners, especially those who haven’t paid as much attention to mobile as they should have, it has huge ramifications.

Almost everyone has heard the expression, “content is king”, especially as it relates to Google search rank. It’s not much help, though — basically saying the best content is ranked best, therefore make better content to get a better ranking.

What they don’t tell you is what about that content makes it better, in Google’s mind. Fortunately, good people all across the internet have spent many hours looking into just that question.

One clear answer, found by study after study, was that there is a correlation between search rank and content length.

Consider the following results of a SerpIQ study: 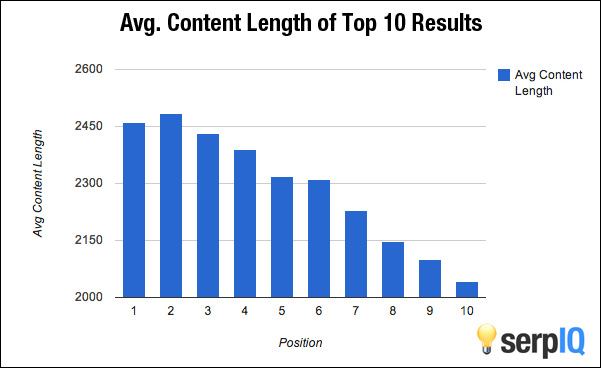 This makes sense, as longer content likely goes in greater depth, or covers a subject from multiple angles. Therefore, it will be more useful to more people, and will be linked more often.

The move: You may have made your content short and sweet under the assumption that people don’t like to spend lots of time on one piece. Go check out what you may have shortened, and see if you can include as much good stuff as you can.

(Psst…that includes your homepage, too! SEO hero/entrepreneur/online wizard Neil Patel found that a long form version of his homepage yielded more leads, and higher-quality ones as well!)

The move: Check out what sort of site configuration you have for mobile devices.

A citation signal is someone mentioning your site without providing the all-important back-link. They’re commonly found in directories, like local business listings or yellow pages. While they don’t link out, they’re important to Google, especially in cases of local businesses that don’t rely as heavily on personal websites (think contractors, landscapers, etc.).

But according to some research from Moz, citations are becoming less important: 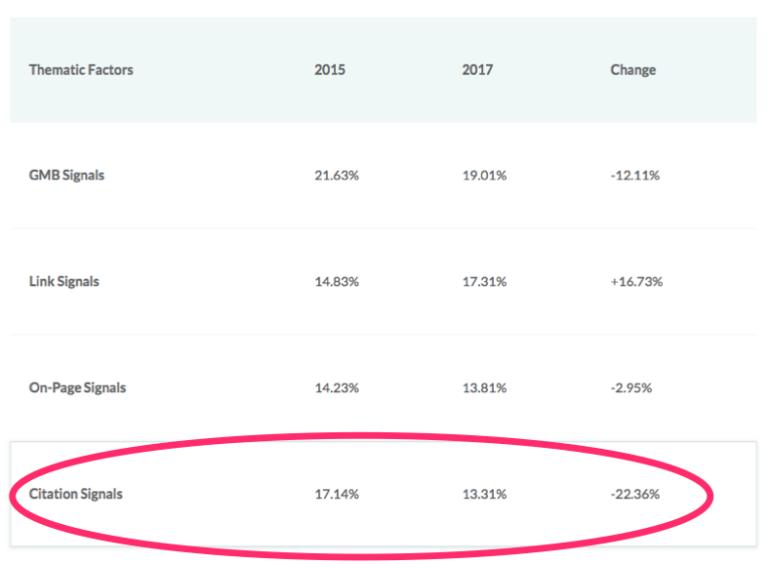 That’s a big number, but since 13.31% is still a big, big chunk of a ranking factor, it doesn’t mean you can just ignore citations.

The move: Make sure you’re in local directories, as well as any directories relevant to your field. Otherwise, focus on newer, more relevant factors.

When something goes down, another thing must go up, right?

That’s exactly the case with review signals. Check out the following from Moz: 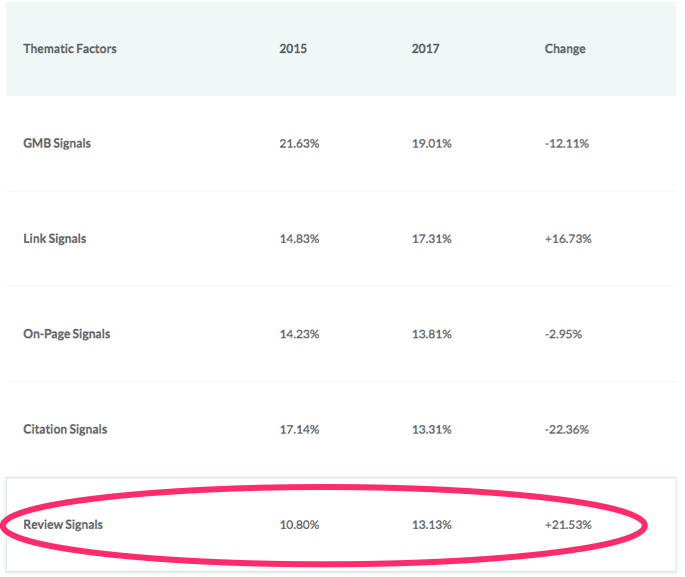 Reviews are a powerful form of social proof that a majority of people people trust as much as personal recommendations! It’s no wonder, then, that Google is recognizing this and incorporating the power of reviews into their search engine.

The move: If you haven’t focused already on collecting reviews, now is the time to do so. The best way to get started is to reach out to your old customers, asking them to leave reviews. That way, you’ll help convert new customers, who may be worried about buying from a new, untested business.

Google’s algorithm is continuously evolving, and it’s quite a bit different now than it was even a few years ago. While many things, like its emphasis on back-links, have stayed the same, new features are always cropping up. That’s why it’s important to do a check once a year to see how your site is stacking up.

Do You Need Help With Search Engine Optimization (SEO)? Contact Us Today !

This site uses Akismet to reduce spam. Learn how your comment data is processed.